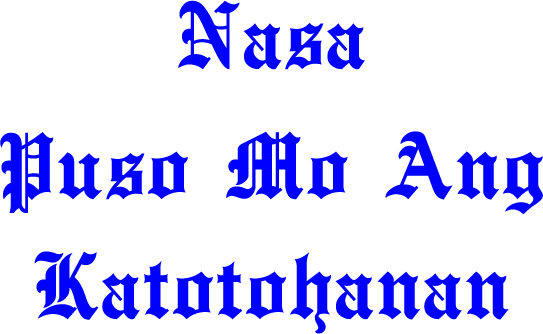 Vigi gleefully mocks all the tropes in branding: the buzzwords of the now ("Inspiring, iconic. . . innovative"), the oh-so-millennial super fun non-traditional brand culture, the quest to iconize and visualize and brandify every fucking thing, even the steps to a creative process. But I scroll down to the portfolio and it's a boner killer: witty taglines, hand-drawn illustrations, monograms straight out of some Scandinavian logo factory. How vanilla. If Vigi are so above the branding status quo, if they're smart enough to make a joke out of it, why isn't their work catching up?

IRONICALLY ANTI-DESIGN, laced with innuendo, ultimately sublime: The satirical Vgrafiks 2.0—Vigi for short—website draws you in like some exquisite whore in the cosmopolitan wasteland of Makati. You know it's not love but you can't pull out. It's a client's nightmare swathed in red, a razor-edged commentary on the business of illusion. An excursion into the vast, empty heart of yuppie culture. . . "It's not parody, Sir Rod!" Vigi's business head Christian Chan protests. "It's a legit website for a legit branding agency with a legit market."

This press release is going sideways.

"We need to give our clientele what it wants." Mr. Chan strokes his double chin. "Kaya nga red yung website. Kasi swerte." His phone starts to ring. Without a word, he waddles out the door and doesn't come back. Leaving me to look for someone else who can guide me through this dump that passes for an office, where nude shemale posters line one wall and sales projection charts another.

Go apeshit over 2.0 the website—take your time, make sure to swallow, trust me, you need it—and meet 2.0 the movement. It's a bold—and hopefully impactful beyond its intention—attempt to solve a First-world problem. Vigi are getting salty about their day jobs. What they're going to do about it might warp the very nature of the enduring circlejerk we call the Creative Industry.

The business of illusion. Artist HERBS explains, “In branding, anything goes as long as you can sell it. As long as you have an explanation for every detail: Blue kasi trust and tranquility. ‘Yung font rigid because our brand is built on solid principles. But in the end, puro dicks lang lahat ‘yan.”

“Brand Identiti”
by HERBS
Edition of 100

“So sayang talaga my career,” says senior designer Eugene Tuazon. “My teachers would always ruffle my hair and tell me I was really handsome and talented. Like, I had so much potential.” The lanky Atenean—cum laude, program awardee, NSTP champion—blushes, showing a dimple on his left cheek. Then he gulps. Stares at me with dead eyes. “Two years with Vgrafiks and the most I got to do with all I learned was help send that tube of toothpaste from the grocery shelf to your bathroom. It’s. . . demoralizing.”

What a brat. It’s called work, Tuaz. How else do you keep your two thousand-piece Hatsune Miku figurine collection, your dakimakura, your blow-up dolls? 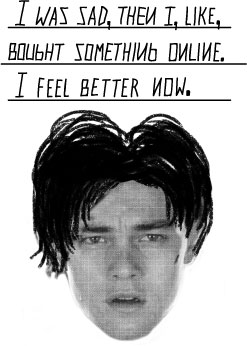 But this, too, is true: This shit is getting old. Every year, outfits like Vigi make a living churning out “brand” after made-to-order “brand.” Another logo for another artisanal barberdashery, another “brand manifesto” for another Italian-inspired watch handcrafted in some Guangdong sweatshop, another “identity system” for another dynamically driven all-inclusive global lifestyle experience strategy firm.

Watch a shampoo ad from ten years ago. Watch one aired today. Are they any different? How many times this week have you heard a brand use “awesome” or “inspiring” to describe something?

“We all know about the beast that turns people ignorant and preys upon that ignorance. ‘Yung ibang clients, part sila ‘nun. Hindi na kami naniniwala sa kanila. So we’re ditching them.” Roselle Vergara, a tubby guy with a girl’s name, pipes up as soon as Mr. Chan drives off—for his daily round of golf, it turns out.

Roselle is Vigi’s self-branded Bouncy and Irresistible Managing Creative Director. “From now on we’ll work only with people who have something original to say and do,” he continues. “Who get not only the joke,” he scrolls up to the homepage, “but also the truth behind it. Who value the story over the spectacle. Who can take part in intelligent discourse. Who have the balls to invest in something riskier than just another Third-wave coffee shop.”

Beyond the message, the avant-garde aesthetic of Vigi’s 2.0 website shows just what creatives can do when they break free from the shackles of 1.0—the sterile and hackneyed and sadly in-demand. “That’s our first move and we’re not yet done with it,” Roselle says, “so watch out for the next big and bouncy update.”

Vigi is also setting up Better, a platform to help fresh grads become the new wave of designers, artists, entrepreneurs, and leaders. “You know how it is.” Roselle sighs, brushes dandruff off his shoulder. “Some kid does well in school, learns to be person for others, learns history, philosophy, science—then takes a crummy day job and makes it an excuse to stop getting better. That’s the biggest waste. Better gives these kids the option to build a future for themselves.

“We started with Limbo: Life After School, a free talk for fresh grads, soon-to-be-grads, and old bums still lost in the void. Now we’re planning a portfolio development class. We’ve got exhibits and bazaars, so we can help promising youngsters earn extra cash. We’ve got this editorial thing featuring the country’s rising talents—musicians, illustrators, writers, photographers—so the world knows that they’re out there, that they’re looking to work with 2.0 people on 2.0 projects.”

Roselle stresses that “2.0 starts not with Vigi, but with all of us.”

But the veteran creative—disillusioned or not—Roselle will welcome any day. “Mag-collaborate tayo. Like, there’s this weirdo sound designer, Jorge Juan ‘Potato Prince’ Wieneke V. He asked to work with us on this thing, this audio-visual commentary on the capitalist world. . . The guy hears things we don’t hear. He’s something else.”

Vigi 2.0 not only collaborates with creatives, but also with entrepreneurs. Roselle tells the story of CustomThread: “These people have the brightest idea: You set up your own apparel store by designing and marketing your clothes. CustomThread takes care of the rest, from production to delivery. Then maybe you can work with Vigi sa branding part. . . It’s a platform for artists, designers, fashionistas—who can dream up brilliant concepts, but often lack the resources to realize their dreams.”

“Branding—the real thing, not the mass-produced, templated marketing drivel we make money off—is a powerful tool for change. It really moves people. Imagine the potential of our collective skill, creativity, talent. This time let’s use our power to create something real. Something we can be proud of as a generation. That’s 2.0”

There’s no stopping Vigi now. There’s no stopping Roselle. “Next up,” he says, “is UnLovely. It’s a campaign celebrating the unloved: horrible bosses, cockroaches, math. The things nobody appreciates, but should. Because they’re all important. They all have a role. Just like creative people.

“And don’t forget about Kids of Vigi, our esteemed internship program. It’s where we cuddle sa CR without being judged. Where we share the things we love to make and do, where the kids learn from us and we learn from them.

“This month, we’re making the interns do client stuff. And the dishes. And sweep the floor, walk the dog, scrub the toilet. Because 2.0 is proving risky. We’re losing business. So please, anyone out there, give us some money. You cunts.”

The lesson stands: You wanna get somewhere, you gotta suck some dick. Despite Roselle’s insistence on working only with “interesting” collaborators, Mr. Chan confirms by text message that “Vigi still accepts traditional client work. It’s what we profit from the most. : (”

But even Mr. Chan, the businessman Roselle calls a “square,” hopes to change that.

Even Eugene, that young man of squandered talent. Now his eyes betray a glimmer of the optimism which drives Vgrafiks to evolve into 2.0: a small—but daring—step towards a future that’s “more makabuluhan,” as he describes it. 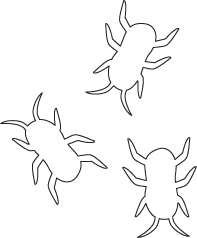 “That’s what I’m talking about!” Roselle starts bouncing on his gym ball. “Branding—the real thing, not the mass-produced, templated marketing drivel we make money off—is a powerful tool for change. All those words and symbols, the promises we keep—they really move people. Imagine the potential of our collective skill, creativity, talent. Imagine the effort we can put into a job when the situation demands it. This time let’s use our power to create something real. Something we can be proud of as a generation. That’s 2.0”